The acoustic guitar played by Kurt Cobain during Nirvana’s iconic MTV Unplugged performance in 1993 has been sold for $6 million (€5.4 million) at auction.

The record sum was paid on Saturday by Australian microphone maker Peter Freedman.

Martin Nolan, executive director of the auction house Julien’s Auctions, which made the sale, said the guitar was typical of the kind of instrument Cobain wanted.

“He wanted a guitar because he was a left-handed guitar player, he needed one that was easily conformed from a right-handed to a left-handed, which Martin guitars are, so that was important to him” – said Martin Nolan.

Nirvana’s MTV Unplugged appearance was one of the last televised performances by Cobain before he died. 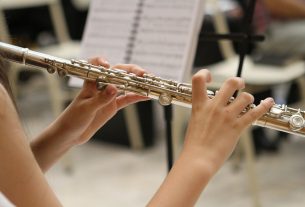